A disturbing story: medical student arrested for soliciting sex from a teenager 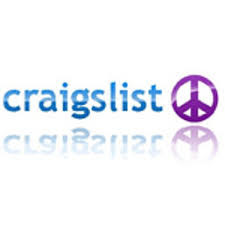 Here's a disturbing story about how an Albany Medical College student used Craigslist to solicit sex from a teenager. According to the TimesUnion.com:

Daniel P. Heeren, 24, of Carstead Drive, Slingerlands, was arrested Aug. 6 after a Bethlehem police officer posed as a teenage boy online, and Heeren allegedly set up a place to meet to have sex with what he thought was a teenager.

I've used Craigslist to buy and sell things. It really is a great resource, but it's such a shame to see how it's being misused by young people. You may remember that Philip Markoff, a Boston University medical student (and premed graduate of the University at Albany), was arrested in April as the alleged "Craigslist Killer." Boston Police said he was using the online classified site to lure prostitutes to hotels to rob them.

Click here to read the story about Daniel Heeren on the TimesUnion.com
Posted by Unknown at 12:20 AM