Why physicians will always lose the reimbursement game 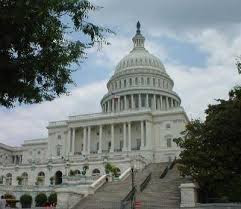 Got another e-mail from Sermo's founder Daniel Palestrant, MD. This one was titled, "Why physicians will always lose the reimbursement game." If you're interested in seeing the contents of this letter, then you'll have to get on Sermo (which is currently only available for U.S. physicians).

If you've been following the news, you know that the House Democrats recently unveiled a massive health care reform plan. According to CNN, "House Democrats unveiled their revised version of health care reform Tuesday, offering a proposal that includes a government-funded health insurance option, requires both individuals and employers to participate, and taxes the wealthy to help cover costs... Democratic House leaders said the measure, titled "America's Affordable Health Choices Act," met the requirements set by President Obama for health care reform by lowering costs to consumers and businesses, letting people keep their current plan if desired, and preventing denial of coverage due to pre-existing medical conditions."

Specific provisions of the bill include:

-- A Health Insurance Exchange providing individuals and small business with choices for coverage, including a government-funded public option.

-- Affordability credits for low- and moderate-income individuals and families, available to those with incomes up to 400 percent of the federal poverty level, or $43,000 for individuals and $88,000 for a family of four.

-- Expanded Medicaid coverage to individuals and families with incomes at or below 133 percent of the federal poverty level.

-- Required participation by individuals, with a penalty of 2.5 percent of adjusted gross income for non-compliance.

-- Requirement that businesses with payrolls exceeding $250,000 provide their employees with health coverage or contribute up to 8 percent of their payroll on their behalf.

-- A series of measures intended to reduce costs of Medicaid, Medicare and other existing systems.

So how will these changes impact physician reimbursement? If we're trying to cut costs in healthcare, then it seems only logical that we'll be cutting some costs in physician reimbursement (although this may impact certain specialties more than others). Will physicians choose to transition into non-clinical areas and leave clinical medicine? Read the CNN article here.
Posted by Unknown at 9:42 AM