Stem cell therapy out of a James Bond movie 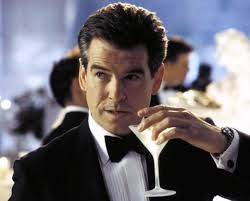 I'm reminded of a James Bond movie where a certain "health clinic" in Cuba offers gene therapy (among other things) that would probably never be allowed in the U.S.

According to CNN, Dr. Zannos Grekos has a company in the Dominican Republic called Regenocyte Therapeutic. He claims that he has successfully used adult stem cells to treat patients with heart and lung disease. Hmm, I wonder what else he's up to. Stem cell therapy mixed with some gene therapy to change people's faces and appearances? I wonder if he's using any special face lamps...

Here are some interesting snippets from the CNN story:

Dr. Irving Weissman, president-elect of the International Society for Stem Cell Research, told CNN, "There is no such cell. There is nothing called a 'regenocyte.' " "As a stem cell scientist who works in the field of regenerative stem cells, I am disappointed and shocked that somebody would prey on a family that has an untreatable disease with the promise of a therapy that has no scientific or medical basis," Weissman said.

Grekos (a cardiologist) has a busy practice in Bonita Springs, Florida, outside Naples, and runs a company that promotes and administers stem cell therapies in Santiago, a noisy, crowded industrial city in the central Dominican Republic.

A year ago, Barbara McKean of Naples, Florida, paid Regenocyte Therapeutic more than $54,000 for stem cell therapy in the Dominican Republic after suffering from chronic lung disease. She said she believes the therapy was worth the expense.

So, are you willing to be part of a private research project? I suppose the villains in the James Bond movie had no choice. Did you guess the James Bond movie? Die Another Day. Maybe if we start seeing some high-profile officials (drug lords) visit the Dominican Republic for "medical care," then we'll have a really interesting medical clinic to investigate. Until then, we have to wait to see what type of data can be generated from this interesting practice. To read the CNN story, click here.
Posted by Unknown at 2:54 AM