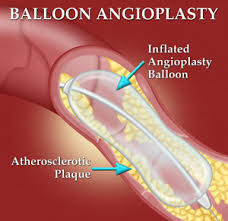 The FDA has finally approved Effient (prasugrel), a thienopyridine that is similar to Plavix (clopidogrel). In fact, prasugrel has been compared to clopidogrel. The TRITON-TIMI 38 study (comparing prasugrel against clopidogrel) was published in the New England Journal of Medicine (NEJM) back in November 2007! That's not a typo. 2007. The FDA wanted more safety data (which is why they launched the TRILOGY ACS study). I guess the FDA got what they needed. Here are the details straight from the FDA (with a few of my comments):

The U.S. Food and Drug Administration has approved the blood-thinning drug Effient tablets (prasugrel) to reduce the risk of blood clots from forming in patients who undergo angioplasty, a common procedure to unblock a clogged coronary artery. (it's about time, isn't it? The TRITON-TIMI 38 study came out in November, 2007! OK, you wanted more safety data because of bleeding. Fine.)

During an angioplasty, a balloon is used to open the artery that has been narrowed by atherosclerotic plaque. Often, a tiny wire mesh scaffold (stent) is inserted into the blood vessel to help keep the artery open after the procedure. Platelets in the blood can clump around the procedure site, causing clots that can lead to heart attack, stroke, and death.

Effient (prasugrel) was studied in a 13,608-patient trial (this is the TRITON-TIMI 38 study) comparing it to the blood-thinning drug, Plavix (clopidogrel), in patients with a threatened heart attack or an actual heart attack who were about to undergo angioplasty.

“Effient offers physicians an alternative treatment for preventing dangerous blood clots from forming and causing a heart attack or stroke during or after an angioplasty procedure,” said John Jenkins, M.D., director of the Office of New Drugs, in the FDA’s Center for Drug Evaluation and Research.“Physicians must carefully weigh the potential benefits and risks of Effient as they decide which patients should receive the drug.” (in other words, doctors now have to choose between Plavix vs. Effient. How are they to make this decision? Bleeding risk? Anti-platelet resistance?)

The drug’s labeling will include a boxed warning alerting physicians that the drug can cause significant, sometimes fatal, bleeding. The drug should not be used in patients with active pathological bleeding, a history of mini-strokes (transient ischemic attacks) or stroke, or urgent need for surgery, including coronary artery bypass graft surgery. (we all know that blood thinners can cause serious bleeding, so this is plain common sense)

So, Effient is an alternative to Plavix. Now, the big question now is: who should get Effient and who should get Plavix? If you need a thienopyridine, which would you prefer? I'm not going to get started about anti-platelet resistance on this blog post.
There are many other acute coronary syndrome (ACS) drugs on the horizon, including thrombin receptor antagonists (TRAs) like SCH 530348 and novel anti-platelet drugs like cangrelor and AZD6104. I wonder if (or when) we'll see these new agents get approved.
Posted by Unknown at 11:01 PM