Concept of "overweight" may be relative 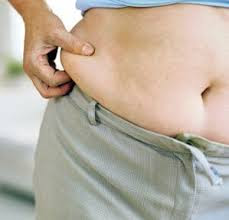 Although we have tools like body mass index (BMI) calculators, most consumers probably don't rely on those to assess their body. According to a story on CNN titled, "As nation gains, 'overweight' is relative":

Research shows that, when it comes to self-perception, the concept of "overweight" may be relative... people's perceptions of overweight have shifted, and "normal" is now heavier than it used to be.

If you look at the NHANES (National Health and Nutrition Examination Surveys) data from 1988-1994 and compare that data with 1999-2004, you'll see that weight misperception based on BMI is decreasing among women but staying roughly the same for men. This means that women with normal BMIs from 1999-2004 were less likely to say they're overweight compared to women from 1988-1994. If you have a normal BMI, you're probably not overweight. There may be some exceptions to that rule, but I'm not going to get into that right now.

So, we know that the BMI of the U.S. population has been increasing over time. Based on the NHANES data comparison, it appears that people are getting used to being overweight and many people with high BMIs may not consider themselves to be overweight. So, are attitudes about weight shifting? Or, are people with normal BMIs feeling more "normal" as they see more people with elevated BMIs? To read the CNN story, click here.
Posted by Unknown at 1:21 PM