I was on the train the other day and I saw a funny t-shirt that said:

Now, you need to understand a few things to get the humor on this shirt.

Next, the < 1 ohm is physics. The ohm (symbol: Ω) is the SI unit of electrical resistance, named after Georg Simon Ohm. The ohm is defined as a resistance between two points of a conductor when a constant potential difference of 1 volt, applied to these points, produces in the conductor a current of 1 ampere, the conductor not being the seat of any electromotive force. 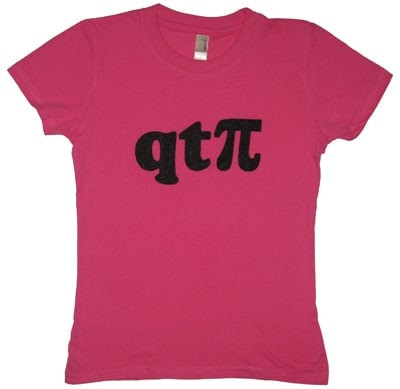 Now, I'm not entirely sure if this shirt is scientifically accurate, but it caused me to chuckle and smile as I thought about my college days at MIT. My wife and I had some really nerdy t-shirts that were full of mathematical equations and formulas. We now have baby t-shirts that say "QT pi <pi symbol>"

You can get this shirt from ThinkGeek. Why do I get a feeling that my kids will buy future Father's Day gifts from ThinkGeek?
Posted by DrJosephKim at 7:12 PM