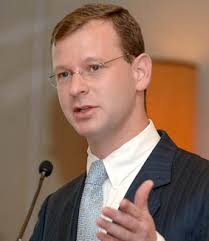 There's a commentary on Forbes.com titled, "Why Physicians Oppose The Health Care Reform Bill." Dr. Daniel Palestrant, Founder of Sermo, sums it up like this:


"Health care without active physician participation is no health care at all."

Do you agree? As some like to say, "We've given everyone a free bus pass, but there's only one bus for hundreds of people who need to travel somewhere." I guess waiting 6 months for a primary care visit is better than never having a visit. I guess it's also better than using the ER and then filing for bankruptcy because you can't pay your medical bill. I'm not sure that we're going to improve health unless we can come up with several new ideas to engage physicians in the reform movement.

Here's a compelling snippet from the article:


A recently released poll of more than 2,000 physicians, conducted by Athenahealth and Sermo, is alarming. The poll, part of a broader Physician Sentiment Index, indicates that 79% of physicians are less optimistic about medicine since the passage of health care reform. Fifty-three percent indicate they will consider opting out of insurance plans with passage of the bill. Worst of all, 66% indicate that they will consider opting out of all government-run programs. The same reform bill that will provide "care for all" may drive away more physician caregivers than attract previously uninsured patients. What a predicament that would be.

To read the entire commentary, visit Forbes.com.
Posted by Unknown at 6:25 AM