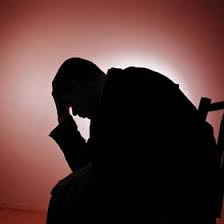 I've been reading several stories related to the fatal shooting of Yale Doctor Vajinder Toor. The suspect in custody is another doctor: Lishan Wang. The current theory is that Dr. Wang had a confrontation with Dr. Toor while working at the Kingsbrook Jewish Medical Center in Brooklyn. It sounds like they were in the same residency program, but it also seems like some of the emotional issues that Dr. Wang was struggling with were never resolved. Did Dr. Wang suffer from serious anger issues? Was he mentally ill? Did he require mental health services?

It's such a shame to read stories where physicians went off the deep end. Last November, a military psychiatrist was involved in a shooting at Fort Hood (Military stress and tragedy at Fort Hood). Yesterday, we heard of a tragic shooting incident of a Yale physician.

When a doctor requires mental health services, are those services readily available? Doctors are frequently so busy that they may not make time to obtain the help they need, even if the services are readily available. As a result, some physicians build up all types of emotional issues, only to display them in bizarre behavior. In the case of Dr. Lishan Wang, it seems like he had some unresolved issues stemming from residency several years ago.

In the case of Dr. Wang, if he truly suffered from mental disability, he probably lacked insight on his condition. That's one of the major problems with mental illness. Patients often lack insight about their own illness. As a result, they don't think they need medical attention. I know several physicians who developed schizophrenia and other forms of psychosis. None of them are practicing medicine now. Some of them have received medical care while others have simply disappeared.

I hope yesterday's story will be a wake up call for hospital administrators, residency directors, and others who are responsible for overseeing physicians and residents. If you think that someone may require mental health services, don't wait for another tragedy.
Posted by Unknown at 5:00 AM