US Presidents and their health ailments displayed at the Mütter Museum 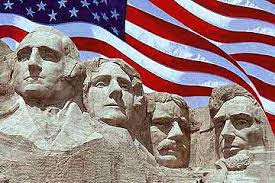 The Mütter Museum is a fascinating medical museum in Philadelphia, PA. If you've never had a chance to visit this museum, you'll definitely have to visit. You can learn about some of the medical problems faced by former US presidents (I doubt they'll have anything about Barak Obama). Did you know that John F. Kennedy had Addison's disease? How about Bill Clinton and his cardiovascular disease? Dwight Eisenhower, the 34th President of the United States, had Crohn's disease.


Two celebrity body parts are must sees: the "Secret Tumor of Grover Cleveland," and the "Thorax of John Wilkes Booth." Grover's growth floats in a small jar, surreptitiously removed from his jaw while he was in office. Lincoln's Assassin's thorax was procured during the post mortem aboard a ship at the Washington Navy Yard. It ended up here.

If you enjoy US history and you wish to learn more about some of the specific medical problems that afflicted US presidents, then make sure to visit the Mütter Museum.
Posted by Unknown at 3:09 PM