Reducing deadly infections in the hospital 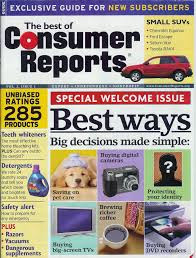 The March 2010 Consumer Reports magazine has an article titled, "Deadly Infections." How can hospitals reduce deadly infections? The Consume Reports article actually talks about central lines and calls out the fact that it adds about $42,000 when an ICU patient gets a central line infection. The article has a picture of central line locations, but neglects one of the most common sites - the groin. The femoral vein is a common site during emergent situations, but it's also a common site for medical students, interns, and residents who are not confident in placing a central line in the chest/neck area.

As we see further advances in medical care, we may see innovative ways to reduce hospital infections in patients who are critically ill. Hand washing still remains a critical infection control measure. I personally believe that the use of digital alerts can significantly help reduce the risks for infections in the hospital.  More hospitals will be incorporating electronic health records (EHRs) and computerized order entry (CPOE) as they leverage ARRA funds.
Posted by Unknown at 3:34 PM