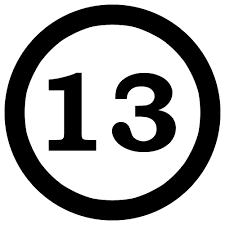 Do you know anyone who suffers from  triskaidekaphobia?  I don't think you'll find an FDA-approved therapy for this specific condition.

Here is a definition from Merriam-Webster:

Did you know?
It's impossible to say just how or when the number thirteen got its bad reputation. There are a number of theories, of course. Some say it comes from the Last Supper because Jesus was betrayed afterwards by one among the thirteen present. Others trace the source of the superstition back to ancient Hindu beliefs or Norse mythology. But if written references are any indication, the phenomenon isn't all that old (at least, not among English speakers). Known mention of fear of thirteen in print dates back only to the late 1800s. By circa 1911, however, it was prevalent enough to merit a name, which was formed by attaching the Greek word for "thirteen" -- "treiskaideka" (dropping that first "e") -- to "phobia" ("fear of").