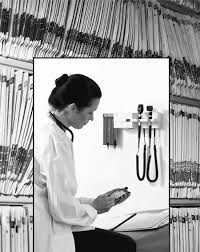 Wow, 2009 is nearly over! This was the year of swine flu (H1N1). We saw it, many of us experienced it, and now we're not sure what H1N1 will look like in 2010. Is it here to stay and cause problems every year? Or, will this virus somehow mutate and become a thing of the past?

2009 was also a year where we saw so much happen in health care reform. The HITECH provisions within the American Recovery and Reinvestment Act (ARRA) of 2009 drove significant changes in the health IT space and we will continue to see major changes in 2010. The buzz around EHR, EMR, PHR, and CPOE has never been stronger (the world of Health IT is all about strange acronyms). Meetings like HIMSS and AHIMA have never been more full of energy.

As we prepare for 2010, I'm sure many of us are wondering what type of impact H1N1 will make this winter. Will we see a second wave of swine flu?

Also, are you prepared for all the health IT changes that will be taking place in your hospital/office/practice in 2010?

It's been an amazing year and it's flown by so quickly. They say that time seems to go faster as you get older. Do you think that's true for you? It sure feels like it for me.