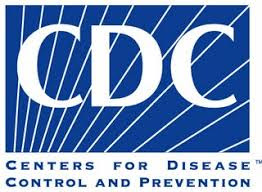 According to a new report published by the Centers for Disease Control and Prevention (CDC), 1 in 110 U.S. children had autism in 2006. The Autism and Developmental Disabilities Monitoring Network has improved our ability to monitor the epidemiology of autism. Autism covers a spectrum of disorders ranging from autistic disorder, or classic autism, and the two milder forms: Asperger's syndrome and atypical autism called Pervasive Developmental Disorder - Not Otherwise Specified (NOS). That phrase NOS almost reminds me of the term "idiopathic." It doesn't have the same meaning, but these non-specific terms in the world of healthcare reminds all of us that we still have so many unanswered questions about medicine.

NOS = why shouldn't something be specified?
Idiopathic = there must be a reason, even if we don't really know what that reason may be.

When it comes to autism, things can get quite heated and emotional. There are some people who strongly believe that vaccines have contributed to the increase in autism. Others blame different environmental factors. Some simply think we're doing a better job identifying children who have autism, so the prevalence hasn't truly increased - it's just a reflection of increased recognition and diagnosis. They argue that in the past, children with autism simply weren't detected. They flew under the radar. Do you believe that?

One of the most significant gaps that prevents us from effectively answering this question is the paucity of autism research. Parents simply are not willing to allow their children to participate in research. How else will we discover what's causing autism in these young ones?