Doctors and mistakes: big and small 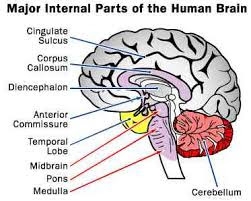 Doctors are humans and we all make. Some are really big and others are small. Over the past week, we've seen two dramatic examples of physicians who appear to have done some terrible things. I don't write this to judge them, but to say that physicians are vulnerable to stress, mental health problems, greed, and other conditions.
It's a sad reality, but doctors can fall and make some really big mistakes. I don't know if we'll ever fully understand why these individuals did the things they did. Some may think that it's a simple matter of greed, anger, or hatred. Perhaps they suffered serious mental trauma. I personally think that it probably involves a combination of many different psychological factors to cause physicians to make such poor decisions. After all, the brain is very complex and we really don't understand what makes certain people do crazy things that are irrational and bizarre.
Posted by Unknown at 9:35 PM