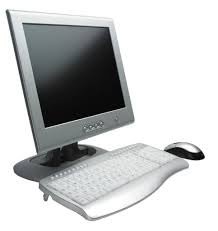 Thanks to Epocrates for pointing me to these 2 interesting abstracts on computer-based decision support:
In the future, we will be bombarded with automated drug safety alerts since almost every drug will have major safety warnings and potential drug-drug interactions. These alerts will be especially important when we're treating older adults who are often taking multiple medications. Do you use CPOE? If you don't right now, you can plan on using it within the next few years. Hospitals will become so digital that we'll see more computers than paper everywhere.