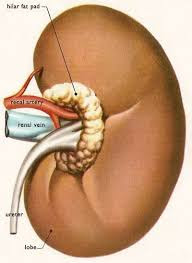 Wow, this is quite an interesting story. In this story, CNN is reporting that one kidney donor responded to a black market ad and received $20,000 for donating a kidney for organ transplantation. According to the editor's note: Since the FBI arrested a Brooklyn businessman in late July on federal charges of organ trafficking, CNN has been conducting a worldwide investigation into the sale of kidneys using willing donors and willing recipients from China to Israel to the United States.

Nick Rosen has made his story public by creating a documentary film called "Kidney Beans." Sounds like a very fascinating tale. When I stop to think about all the corruption that's in the world, I'm surprised that we're not hearing more stories of involuntary donation of organs - where people are literally forced to donate their organs. I've heard of rumors that prisoners in China are often forced to donate their organs (I have no idea of this is true, so I'm not trying to spread rumors). I wonder how many unreported organ transplants occur in other countries. If Israel is really leading the world in organ trafficking, I wonder which countries are second and third. My guess would be countries where human rights laws are not heavily enforced.

I know several people who have donated kidneys. It's very noble and I respect them highly for their sacrifice. It's such a shame to think that some are doing it for cash (and that others may be forced into it).
Posted by Unknown at 8:20 PM