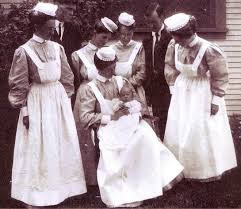 Wow, this is gigantic. The California Nurses Association/National Nurses Organizing Committee, the United American Nurses, and the Massachusetts Nurses Association have joined forces to create the largest union of registered nurses. This union is called: National Nurses United. Sounds very patriotic. Seems very fitting, considering that our entire healthcare system is about to go through a major overhaul.

Their founding convention will take place this December in Arizona. Can you imagine what kind of power this 150,000 member union will have? Physicians have talked about creating a union for many years, but nothing has ever happened. Perhaps that will change if healthcare reform changes become unbearable for physicians. What if Sermo transformed itself into a physician union?
Posted by Unknown at 2:00 AM