Epocrates on the BlackBerry Storm 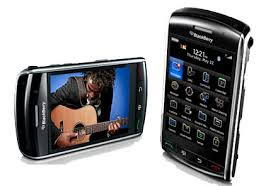 Last month, I had the opportunity to use a BlackBerry Storm as my own smartphone. I installed several medical applications (apps) on it, but I was quickly disappointed by the fact that it only has 120 MB (not GB, but MB) of memory for apps. It has plenty of storage space (thanks to an 8 GB storage card), but I need space for applications, not for things like MP3 files and videos. I quickly filled up that 120 MB of space and that was one of the reasons why I ended up returning it to Verizon.

You can read about my initial impressions of the BlackBerry Storm here at MedicalSmartphones.com.

I returned the BlackBerry Storm to Verizon Wireless and I have no regrets. I'm back to Windows Mobile (now running 6.5) and I'm sure that the BlackBerry hardware and operating system will continue to improve over the next year. The Storm 2 is coming out this fall and the price on the current Storm is very low ($50). I really hope that the Storm 2 has much more space devoted to apps.

If you're a healthcare professional and you're using a BlackBerry Storm, you've probably loaded Epocrates. What else are you running on your BlackBerry?

To keep up with all my smartphone discussions, visit: http://www.medicalsmartphones.com
Posted by Unknown at 9:03 AM