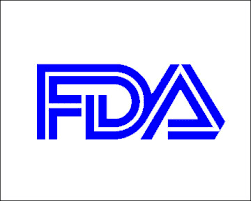 Here it is from the FDA: FDA Approves Saphris to Treat Schizophrenia and Bipolar Disorder

The U.S. Food and Drug Administration has approved Saphris tablets (asenapine) to treat adults with schizophrenia, a chronic, severe and disabling brain disorder, and to treat bipolar I disorder in adults, a serious psychiatric disorder that causes shifts in a person's mood, energy, and ability to function.

“Mental illnesses like schizophrenia and bipolar disorder can be devastating to patients and families, requiring lifelong treatment and therapy,” said Thomas Laughren, M.D., director of the Division of Psychiatry Products in the FDA’s Center for Drug Evaluation and Research. “Effective medicines can help people with mental illness live more independent lives.”

The most common symptoms of schizophrenia include hearing voices, or seeing things that are not there, having false beliefs (for example, believing that others are controlling thoughts, reading minds, or plotting harm), and being inappropriately suspicious or paranoid. These thoughts may be terrifying and can cause fearfulness, withdrawal, agitation or violence.

Bipolar I disorder is a chronic, severe, and recurrent psychiatric disorder that causes alternating periods of depression and high, increased activity and restlessness, racing thoughts, talking fast, impulsive behavior, and a decreased need for sleep.
Saphris is in a class of drugs called atypical antipsychotics. All atypical antipsychotics contain a boxed warning, the FDA’s strongest warning. The warning alerts prescribers to an increased risk of death associated with off-label use of these drugs to treat behavioral problems in older people with dementia-related psychosis (a brain disorder that lessens the ability to remember, think, and reason). Saphris is not approved for these patients.

The efficacy of Saphris in treating schizophrenia was studied in three short-term placebo-controlled and active-drug controlled clinical trials. In two of the trials Saphris demonstrated superior efficacy compared to an inactive pill (placebo) in reducing the symptoms of schizophrenia.

The most common adverse reactions reported by patients in clinical trials being treated for schizophrenia with Saphris were the inability to sit still or remain motionless (akathisia), decreased oral sensitivity (oral hypoesthesia) and drowsiness (somnolence).

The most common adverse reactions reported by patients in clinical trials using Saphris to treat bipolar disorder were drowsiness, dizziness, movement disorders other than akathisia and weight increase.