Prescription drug abuse - who's fault is it? 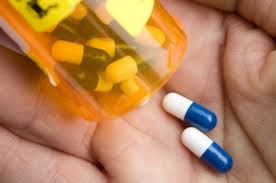 CNN has a story about prescription drug abuse because a recent celebrity (I think we all know who) may have had some problems related to pain pills and sedatives. The story starts with this line:

People who abuse prescription drugs often do so believing the pills are safe because they are prescribed by doctors and approved by the Food and Drug Administration, addiction experts tell CNN.

When we look at the recent statistics, we realize that this is a huge problem:

In 2005, non-medical use of painkillers contributed to more than 8,500 deaths. Overdose deaths involving prescription pain relievers increased 114 percent from 2001 to 2005.

Perhaps the media is to blame? Do you feel that celebrity death stories (related to drug abuse) have been glamorized in any way? We all know that many celebrities have problems with substance abuse. How does that get portrayed to young people living in America?

By 2008, according to the Drug Enforcement Administration's Web site, 38 states had passed legislation to create a database for physicians and pharmacists to prevent abusers from obtaining multiple prescriptions.

Many drug addicts are very sophisticated and they have developed clever schemes to beat the system. Some have multiple identities. Others cross state lines and they eventually learn where they can go for their drugs.

So who's to blame for this drug abuse problem? The doctor? The patient? The drug company? The FDA? Or "all of the above"? What can be done to alleviate this common problem? Certain patients refuse to take controlled substances because they fear addiction. Some physicians
To read the story, click here.
Posted by Unknown at 11:43 PM