Medical treatment based on the color of your skin 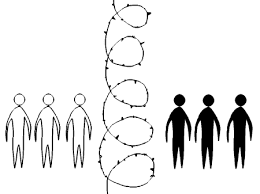 Racism may not be obvious, but it can present itself in very subtle ways. CNN has a story titled, "Does your doctor judge you based on your color?"

I'd hate to think that doctors are racist, but the title implies exactly that point. Are doctors racist? Here's a quote from the story:

Reid, who is African-American (and who also has diabetes), firmly believes that if he'd been a white man, the junior doctor wouldn't have been so quick to order the cheaper and more drastic solution over his objections... Reid says he thinks the young doctor assumed he wasn't smart enough to think through a medical decision.

CNN contacted the hospital but Montefiore Medical Center refused to discuss his case.

"It's absolutely proven through studies that a black man and a white man going to the hospital with the same complaint will be treated differently," Dr. Neil Calman, a family physician and president of the Institute for Family Health in New York, said. Where's the proof, right?
Doctors are humans and they are prone to bias. It's a part of human nature. In some cases, doctors may make an extra effort to treat minorities with extra care. Is that fair for non-minorities? At the end of the day, we all want equal care. We don't want favoritism, but it happens because we're all human. It's not just about race, either. According to CNN, a study from researchers at the New York University School of Medicine found more than 40 percent of the doctors surveyed had a negative reaction to obese people. Here we go again. Some people find the word "obese" to be offensive, and they may sue you if you call them that.
Posted by Unknown at 5:38 PM