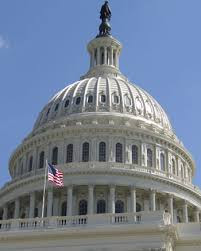 I listened to Obama's speech last night. The Q&A is what took the majority of the time (and the last question about Henry Louis Gates Jr. seemed out of place to me, considering that it was supposed to be a focused speech about healthcare reform). CNN quotes Obama saying that the Cambridge police "acted stupidly" when they arrested Professor Gates.

Many doctors don't like what's being proposed about healthcare reform. They know that things want to change, but they don't want to have further reductions in reimbursement. I wonder how many physicians are now planning on exiting clinical medicine to do something non-clinical. I know many medical students and physicians who've been exploring various non-clinical options, but so many of them don't know where to begin. Many physicians are even looking for non-clinical mentors, but they don't know where to begin. Well, I have some good news for those who are looking to make a transition into the non-clinical side of healthcare. I've recruited several career coaches from various industry sectors and they are willing to provide mentorship/career coaching services for physicians and other healthcare professionals who are interested in making that transition. If this interests you, please read: Find a Non-Clinical Mentor and contact me.

Don't forget that I have a dedicated site titled: http://www.nonclinicaljobs.com/
Posted by Unknown at 8:13 AM