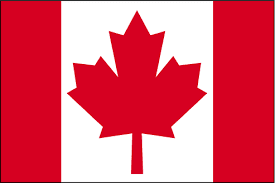 There's an interesting article on CNN titled, "Reality check: Canada's government health care system." According to CNN, the story highlights include the following points:
Here's a snippet from the story: "The Senate's top Republican, Mitch McConnell, R-Kentucky, asserted several times on the Senate floor last month that a government-run health insurance option, which President Obama and Democrats want, could lead to a government-controlled health care system like Canada's."

I know many Canadians who have traveled to the U.S. to get an MRI or other type of imaging study. Some travel to the U.S. for surgery. If you can afford the luxuries associated with U.S. healthcare (and even concierge medicine), then why not? Right? What happens to all those patients who are unable to afford the luxuries of such healthcare? At least in Canada, you have some level of healthcare coverage. Here in the U.S., millions of people live without any level of healthcare coverage. Why? Because they're not old enough to qualify for Medicare and they have too much to qualify for Medicaid. These days, so many doctors don't accept Medicaid, so what benefit is that anyways?

What will healthcare look like after we go through major reform? Will we mimic the Canadian system on some level? Many are predicting a tiered healthcare system where a basic, universal plan will be available to everyone, and then those who can afford more will basically get more. Who determines what types of medical tests you deserve? The same person who complains of symptoms such as dyspnea, headache, and a cough may get one type of workup in Canada (few, if any tests) and another totally different battery of tests (necessary or unnecessary) here in the U.S. Why such disparities? Do we live in such a litigious society here in the U.S.? (Don't answer that last question) To read the entire CNN story, click here.
Posted by Unknown at 7:43 PM