Hospital worker may have exposed patients to hepatitis C 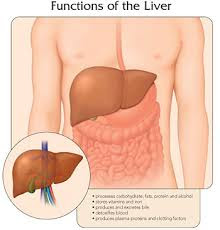 This is a very sad and disturbing story. A surgical technician has at Rose Medical Center in Denver has admitted to secretly injecting herself in a bathroom and using unclean syringes as replacements for patients. Kristen Diane Parker had hepatitis C, presumably from IV drug use, and she took patient fentanyl injections and replaced them with saline. She worked at Rose from October 2008 to April 2009. So far, nine patients who had surgery there during that time have tested positive for hepatitis C. That is really a shame. Parker should have gotten professional help for her drug addiction. Now, Parker is in federal custody facing three drug-related charges. If she is found to have done serious harm to a patient, she could face up to 20 years in prison. If a patient dies due to her actions, she could face life in prison.

According to CNN, in a statement to police, Parker said, "I can't take back what I did, but I will have to live with it for the rest of my life, and so does everyone else." Rose Medical Center is contacting 4,700 patients who had surgery at Rose during the time Parker was employed there. Another 1,200 patients may have been infected between May 4, 2009, and July 1, 2009, when Parker worked at Audubon Ambulatory Surgical Center in Colorado Springs.

Hepatitis C can be treated, but the treatment regimen isn't easy to take. Advances in antiviral therapies have improved outcomes for hepatitis C and several new and novel agents are in development. Advances in drug development may lead to a quick and easy cure for hepatitis C. Wouldn't that be nice? I know many people who are infected with hepatitis C due to blood transfusions. We (as the medical community) didn't know how to identify hepatitis C before 1992. It was called non-A, non-B viral hepatitis. We now call it hepatitis C. Chronic infection can lead to cirrhosis and liver failure. It can even lead to liver cancer. To read the CNN story, click here.
Posted by Unknown at 11:25 PM