Do your children need ADHD medications? 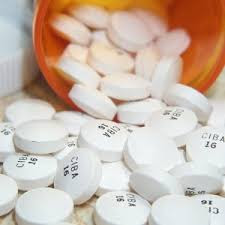 Kids are hyper, aren't they? They also have really short attention spans, don't they? Did you catch the CNN story titled, "Does your child need ADHD drugs?" If you're not a healthcare professional, can you evaluate whether your children (who have ADHD) should be taking medications for their ADHD? What do we (as healthcare professionals) really understand about ADHD? We certainly know a lot more than we did 10 or 20 years ago. However, we probably also have a lot more to learn about the brain.

My concern with this CNN story is that parents (or children) may read this and decide that they may want to perform a little experiment and stop taking their ADHD medications. In this example, the girl eventually told (or confessed) to her parents that she had intentionally stopped taking her meds. But what if your child does the same thing and never tells you? Physicians don't generally recommend that children with ADHD should be making decisions about stopping medications. Who likes taking medications? I don't.

The CNN story also points to the dangers associated with free drug samples. You're not going to find free drug samples of cheap, generic drugs. Instead, you get samples of the latest and greatest. What happens when the samples run out? You end up paying for the latest and greatest instead of paying for cheap generics. For some families, that may not be a big deal. For others, that could become a significant financial strain. So do your children need ADHD medications? If so, which drugs are the best options?

Did you know that Consumer Reports has a list of ADHD drug recommendations? I love Consumer Reports, but should they be making such medical recommendations when ADHD therapy really needs to be tailored for each individual? These types of reports could mislead parents and children, so although they may be helpful for some, they could also confuse or mislead others. At the end of the day, I hope you're working with a really good healthcare professional who can explain why you (or your child) may need ADHD medications.
Posted by Unknown at 12:46 AM