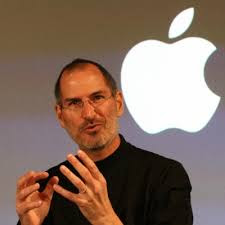 With all this talk about Michael Jackson, I decided that it was time to blog about another celebrity: Steve Jobs (co-founder of Apple). We know that a few months ago, Jobs underwent a liver transplant in Tennessee. He's been battling pancreatic cancer and he's been on medical leave for some time. He lives in California, so you may be wondering: why did he have liver surgery in Tennessee?

Let me introduce you to something called the MELD (Model for End-Stage Liver Disease) score. The MELD system was implemented February 27, 2002 to prioritize patients waiting for a liver transplant. MELD is a numerical scale used for adult liver transplant candidates. The range is from 6 (less ill) to 40 (gravely ill). The MELD score is calculated based on these 3 blood tests:

You'll see that common liver enzymes such as AST and ALT are not a part of this equation. We also don't look at GGT or Alk Phos. The INR is reflective of the liver's ability to produce the proper clotting factors, so it's shows how the liver is functioning. You may be wondering why creatinine (a marker of kidney function) is used in the MELD score. The reason is because kidney dysfunction is often associated with liver failure. You may have heard of hepatorenal syndrome (HRS), which is kidney failure in the setting of cirrhosis or liver failure. Anyway, let's return to MELD. The four MELD levels are: Now let's talk about United Network for Organ Sharing (UNOS). UNOS uses a computerized point system to distribute organs in a fair manner. Recipients are supposed to be chosen primarily on the basis of medical urgency. Is there a way to beat the system?

So the big question is: did Steve Jobs use his money to somehow "cut the line" and get a liver transplant ahead of others? Can money buy you better health care? I think we all know the answers, but we may not wish to admit them. USA Today writes, "Jobs' liver transplant shows money can make a difference." If you have a high MELD score, that means you're really sick and you probably can't afford to travel very far. Most patients awaiting liver transplants can't afford to get on many waiting lists. If you have a ton of money, then you may have the luxury to get on multiple waiting lists.
Posted by Unknown at 5:05 AM