My critique of the JAMA activity tracker + weight loss study

Many people have seen reports of the recent JAMA study titled, "Effect of Wearable Technology Combined With a Lifestyle Intervention on Long-term Weight Loss: The IDEA Randomized Clinical Trial." Published in Sept, 2016, this study would appear to be a reflection of recent trends in activity tracking and weight loss strategies. However, the study used an antiquated wearable device that is no longer sold (the BodyMedia FIT which is worn on the upper arm) and it was conducted from 2010-2012. How many people in 2010 were wearing activity trackers? The popular Fitbit Flex launched in May 2013. The Apple Watch launched in April 2015. 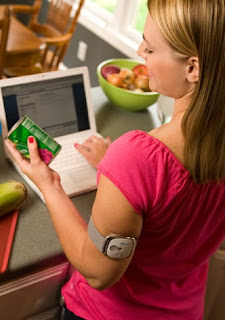 Back in 2010, relatively few people wore activity trackers. Moreover, hardly anyone wore them on their upper arm. So although the authors acknowledge that "The multisensor wearable device was worn on the upper arm, which may not reflect the effectiveness of more contemporary devices worn on the wrist..."

The term "effectiveness" is an interesting term for this type of study, since the accuracy of worn activity trackers has wide variability. In order for a digital tool to effectively change behavior in a sustainable way, people have to use it regularly and the device should provide useful feedback to the user.

I've personally tried the BodyMedia Fit and I can attest that:

The authors also state, "the use of wearable technology was not initiated at the onset of the intervention, which may have influenced how the participants adopted and used the technology during their weight loss efforts..." Many people are missing this point. Adoption and engagement are critical factors that can impact the success of any type of sustainable behavior change.

So, if the goal is to sustain lasting behavior changes that will lead to weight loss and healthy eating, then you need to study devices that people will easily wear daily, devices that will provide useful feedback in real-time, and devices that won't make people self-conscious about their attempt to lose weight.

Finally, keep in mind that the study began with intensive weight loss interventions for 6 months (weekly group sessions), then the groups continued to participate in monthly group sessions (and received phone calls, text message reminders, etc.) Most people who choose to purchase and use a wearable device don't gain access to this type of support and structure. Most consumers are curious or they may be in a contemplative stage where they want to see how an activity tracker may help them achieve a healthier lifestyle.

Intensive, structured weight loss programs are great ways to kick-start a new journey towards healthy living, but people need to be taught how to use tools in a way that is natural to their workflow and daily habits. If you're not accustomed to strapping a large device to your arm, then you'll be one of the first ones to stop using the device after a few weeks or months. In contrast, if you normally wear a watch and use a smartphone, then it'll be much easier to wear a device that is simple and that provides useful feedback (such as smart notifications that you can customize so that you don't run into alert fatigue).

I'm sure we'll see many more studies in the near future assessing the "effectiveness" of modern activity trackers. Until then, we'll have to wait patiently as people read stories with misleading titles like, "Activity Trackers Are Ineffective at Sustaining Weight Loss" or "Weight Loss On Your Wrist? Fitness Trackers May Not Help" (the BodyMedia device was worn on the arm, not the wrist!)
Posted by DrJosephKim at 12:00 AM