Welcome to all the new interns and residents 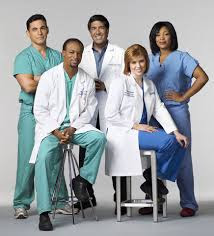 Today is July 1 and it's the official "start date" for interns and residents. Many interns started in June to go through orientation, but July 1 will probably always be considered the ceremonial start date for internship and residency.

Given that all university and teaching hospitals are now full of interns who graduated from medical school a few months ago, this is a time when you may want to avoid the hospital. After all, these new doctors are still trying to get accustomed to writing orders and signing "MD" or "DO" after their names. Meanwhile, those who just finished up their internships are now responsible for supervising teams of interns and medical students. Are they ready for the challenge?

Now that the interns are officially "doctors," most of them are wearing long white coats instead of the short white coats that most medical students have to wear (there are a few exceptions: some institutions make their interns and residents wear short white coats).

Here's my tip for all the new interns and residents out there: Don't be afraid to ask for help when you think you need it.

Good luck to all the new interns and residents!
Posted by Unknown at 3:24 AM