As any left-handed person that has struggled to use a pair of scissors or a fountain pen will verify, the design of a tool impacts the quality of the work done with that tool. That’s true for electronic health records, as well. EMRs support complex cognitive processes, and the way they are designed directly impacts the speed and accuracy of a clinician’s work.

Even small design flaws in EMR systems can jeopardize patient safety. Suppose for example, that medication order-entry forms in an EMR were presented in an order that differed from the way a physician normally completes them on paper. The change would force her to alter a long-established thought process, which amounts to a recurring nuisance until someday, when she is hassled or tired, she forgets to make the adjustment. It’s an accident waiting to happen. 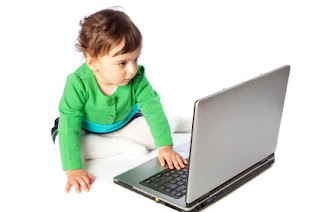 The National Research Council reached this conclusion in its recent report, Computational Technology for Effective Health Care. “The nationwide deployment of health IT will not be sufficient to achieve the vision of 21st century healthcare, and may even set back the cause,” the NRC claimed, unless vendors put a “greater emphasis on providing cognitive support for healthcare providers.”

In industries ranging from nuclear power to aviation, technology companies work continuously to improve the usability of their products. As McKesson’s Beth Meyer points out, “the cockpit of a jet airliner looks fundamentally different today than it did 10 years ago. [It] is easier to learn, more intuitive and – as a result – safer to use. Doing the same for health IT is critical.”

Yet, according to an AHRQ-funded study of certified EMR vendors, formal usability testing procedures, use of user-centered design principles and specific resource personnel with expertise in usability engineering are not common among EMR vendors. Not surprisingly, in a recent survey, EMR users described frequent and severe “points of pain” while using these systems.

Importantly, poor usability has held back EMR sales across the nation, according to a HIMSS Task Force Report which concludes:

“EMR adoption rates have been slower than expected in the United States…a key reason, aside from initial costs and lost productivity during EMR implementation, is lack of efficiency and usability of EMRs currently available.”

Why would EMR vendors fail to perceptibly improve the usability of their products when it appears to be in their economic interests to do so? Are technical challenges too great given the 80s- and 90s-vintage IT architecture underlying many legacy EMR products? Do they worry that their customers will balk at the costs and operational difficulties associated with updating disparate servers and re-training users?

Whatever the reason, some argue that the industry-wide failure to improve EMR usability represents a market failure that necessitates regulatory intervention. In its recent report on EMR usability for example, the Agency for Healthcare Research and Quality concluded that usability should become part of the certification test for EMRs.

EHRBloggers disagrees with this position. We maintain that the market can decide the matter without need for government intervention, which can be expensive and inefficient, and will in any case be unlikely to impact EMR usability for at least 5 years…a critical delay given the government’s aspirations to foster rapid dissemination of EMRs via the HITECH incentive plan.

Two things are required for a market-driven solution to work. The first is immediate availability of new EMR products that are demonstrably more usable than those being used by most providers today. We have argued previously that new business models can be devised which drive EMR vendors to create more usable products (and indeed, one EMR vendor has adopted such a model).

The second is that providers need to vote with their feet. We urge prospective EMR buyers to compare usability across EMR products before they buy and factor these findings into their decision. Which system allows you to order medications most quickly? Which one allows you to create the most elegant quality reports, share your records with other providers and look-up lab results in the most intuitive fashion? Which vendor responds to your questions most quickly? Which vendor has the best track record for implementing user-generated suggestions?

A combination of newly available, user-friendly EMRs and customers that demand such products is by far the most efficient way to improve EMR usability and assure these products achieve performance levels that our patients and indeed, the entire health system needs.