Remember our troops this Memorial Day 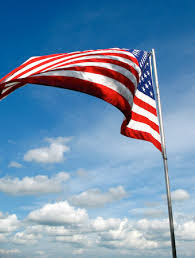 This Memorial Day, let's remember our troops. We still have many soldiers who are serving overseas. Advances in technology are improving medical care for soldiers who get wounded in battle, but we'll never reverse death.

Earlier this month, we learned that "Federal Agents Probing Army's Use Of Trauma Drug: Criminal Investigation Looking At Military's Use Of Blood-Clotting Injections For Treating War Casualties."  Is the military using NovoSeven for off-label purposes to save the lives of bleeding soldiers?

Here are some snippets from the Baltimore Sun:


May 16--Federal criminal investigators are exploring the Army’s use of a controversial and expensive blood-clotting drug injected into wounded troops in Iraq and Afghanistan.

The drug, called Factor VII, was hailed as a lifesaving breakthrough by military leaders and administered to hundreds of soldiers and Marines earlier in the wars. It has since proved largely ineffective in clinical trials and been the subject of safety warnings by U.S. and European regulators, who say it can cause potentially deadly blood clots.

The manufacturer, the Danish drug company Novo Nordisk, said it had received a subpoena in January from the Defense Department’s inspector general’s office. Company officials said they are cooperating with the U.S. attorney’s office in Baltimore, which is overseeing the investigation.

I don't know how this investigation will conclude, but perhaps we need to loosen restrictions when the country is at war and when we have bleeding soldiers on the field.