Baxter's immune-system drug may be effective for Alzheimer's disease 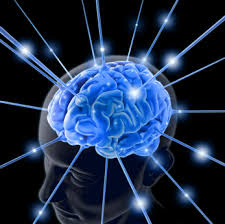 Here's a snippet from the Chicago Tribune:


An immune-system drug produced by Baxter International Inc. helped preserve "thinking" abilities and reduced the rate of brain shrinkage in a small group of patients with Alzheimer's disease who have been studied for 18 months, new research released Tuesday shows.

Researchers presented this information at the American Academy of Neurology meeting in Toronto. It was a small study where 16 of 24 patients had better cognitive response and improved memory function when they were treated with Baxter's Gammagard. The patients were those who had mild to moderate Alzheimer's disease. Researchers hope that Gammagard (a biologic derived from plasma) will change the course of Alzheimer's disease. If that's the case,then it would truly be a disease-modifying therapy. The idea behind Gammagard is that it can help the body's immune system to clear the brain of amyloid, a sticky, plaque-like substance thought to be key in the development and progression of Alzheimer's. Isn't it great to see new research unfolding innovative ways to treat conditions like Alzheimer's disease?
Posted by Unknown at 5:09 AM