Timeline of medicine and medical technology 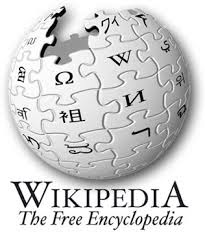 I love the article on Wikipedia titled, "Timeline of medicine and medical technology." The timeline begins at 2600 BC and starts with Egyptian medicine. Then, it jumps to 2596 BC and talks about Chinese medicine.

So, does this mean that the earliest forms of medicine that we can document goes back to Egypt and China?

Now, if we jump to modern times, we see the following advances listed in this article:


•    2003 - Carlo Urbani, of Doctors without Borders alerted the World Health Organization to the threat of the SARS virus, triggering the most effective response to an epidemic in history. Urbani succumbs to the disease himself in less than a month.
•    2005 - Jean-Michel Dubernard performs the first partial face transplant
•    2006 - First HPV vaccine approved
•    2006 - Second rotavirus vaccine approved (first was withdrawn)
•    2008 - Laurent Lantieri performs the first full face transplant


What will be the major advance in medical technology in 2010 and will it make it to Wikipedia?