FDA: Update on Bisphenol A for Use in Food Contact 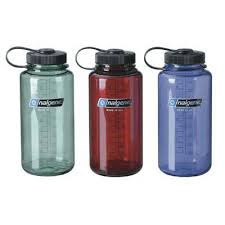 The FDA has released an "Update on Bisphenol A for Use in Food Contact" released this month (January 2010). Here's the FDA’s Current Perspective on BPA:


At this interim stage, FDA shares the perspective of the National Toxicology Program that recent studies provide reason for some concern about the potential effects of BPA on the brain, behavior, and prostate gland of fetuses, infants and children. FDA also recognizes substantial uncertainties with respect to the overall interpretation of these studies and their potential implications for human health effects of BPA exposure. These uncertainties relate to issues such as the routes of exposure employed, the lack of consistency among some of the measured endpoints or results between studies, the relevance of some animal models to human health, differences in the metabolism (and detoxification) of and responses to BPA both at different ages and in different species, and limited or absent dose response information for some studies.


Here are the interim public health recommendations as they relate to infants:

You can read the full report here.