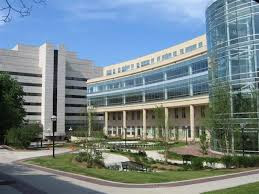 There’s no doubting the fact that technology has made advances in leaps and bounds in the field of technology, and proving it even further is the new stroke rehabilitation technology that is being developed by the School of Health Sciences in conjunction with the School of Electronics and Computer Science, University of Southampton, based on the idea and design of industrial robots. Using this, patients who have suffered a stroke can regain control over the movement of their arm and hand even as they play games on their computer.

Dubbed ARM (Assessment, Rehabilitation, Movement), the technology was developed by a team of therapists, doctors, engineers and psychologists and uses Iterative Learning Control to allow people who have suffered a stroke to move again. The technology has so far been used in the development of industrial robots and is only now being pioneered in the field of human rehabilitation.

A stroke affects the ability of your brain to control parts of your body and ARM has been designed to help patients to regain movement in their upper limbs whose muscles are paralyzed because of the brain damage caused by the stroke. While it’s not new for technology to be used to help in the rehabilitation process, what’s innovative is that it has been designed into a form of entertainment that patients will enjoy using. Therapy is more appealing when it is in the form of computer games that simulate your mind, work your arm, and keep you occupied pleasurably.
ARM has allowed researchers to delve deep into the human brain and identify how it recovers the ability to control movement of the human arm and hand after a stroke. The technology is still in its infancy, but with a two million pound grant from the National Institute for Health Research, the ARM team at the University of Southampton has teamed up with NHS hospitals, the University of Bournemouth and the University of Keele to bring it out of the lab and into practical use so that stroke patients can rehabilitate their arms after suffering and recovering from a stroke.

Jessica Martin has contributed this guest post, she writes on the topic of x-ray tech schools. She welcomes your comments at her email address: jessica.martin1@rediffmail.com
Posted by Unknown at 3:44 PM