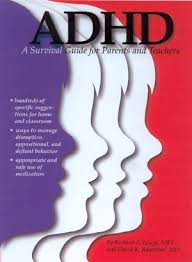 Shire has announced that the FDA has approved Once-Daily INTUNIV (guanfacine) Extended Release Tablets for the Treatment of ADHD in Children and Adolescents Aged 6 to 17.

INTUNIV, the first nonscheduled alpha-2A receptor agonist indicated for Attention-Deficit/Hyperactivity Disorder (ADHD) demonstrated improvement in a range of ADHD symptoms that can be disruptive, such as inattention, arguing with adults, hyperactivity, impulsivity, and losing one's temper.

What's interesting is that INTUNIV is not a controlled substance by the DEA and has no known potential for abuse or dependence. Don't get this drug confused with guaifenesin (which is found in many common cold medicines). Look at how similar they are:
OK, maybe they're not that similar, but if you have any problems with attention, then you may miss the obvious. Just call it Intuniv and I think you'll be safe from accidentally getting any of these guaifenesin products: