The NEJM on healthcare reform 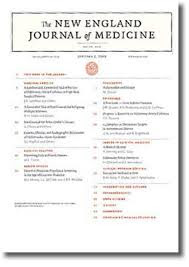 I've seen so many articles on the New England Journal of Medicine (NEJM) on the topic of healthcare reform. This week, the article that caught my eye is titled, "Why Paying for Health Care Reform Is Difficult and Essential — Numbers and Rules."

This perspective by Henry J. Aaron, Ph.D. concludes with the following paragraph:

The challenge of finding acceptable ways of paying for near-universal coverage is formidable and may prove insurmountable. For reasons that President Obama has forcefully stated, health care system reform is vital. But the full reform agenda may be beyond immediate political reach. It is therefore essential to identify elements of the full plan that would set the stage for later reforms and that can be financed at a politically digestible price — and find a way to ensure their passage.

So my question is: what's a politically digestible price? How many billions of dollars can we afford during these difficult economic times? If we were reforming healthcare and our country wasn't in the middle of a recession, then we'd be faced with an entirely different situation. However, with more people getting unemployed, the prevalence of uninsured will only increase. I agree that there's an urgency to reform healthcare. Are we rushing through this process?
Posted by Unknown at 12:24 PM