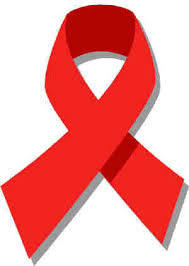 Men who are caught trying to buy prostitute services are being sent to the John School so they can learn about the morals, ethics, and public health issues concerning paid sex. They are learning about STDs, about the life of a prostitute, and about the risks associated with hiring a prostitute. Here's a quote from a recent CNN story:

"It will make them [offenders] see that this is not a victimless crime, and they are contributing to the exploitation of women," said Stephanie Davis, policy adviser on women's issues at the mayor's office in Atlanta. "It's hurting them, the man, and it's hurting their families and its hurting the community."

In the early 1990s, Nashville's mayor helped launch the John School with the help of the Magdalene House, public defenders, prosecutors and police officers. Nashville became one of the first major cities in the U.S. to focus on the customers, predominantly men.

So many men (and women) have no idea what types of risks are involved when they hire a prostitute. In many Asian countries, prostitutes (also called "commercial sex workers") can be found everywhere. Along with that, you'll also find HIV, Hepatitis B, herpes, syphilis, gonorrhea, and a host of other STDs. You don't have to be an infectious disease specialist to know that you want to avoid these like the plague. Are these "John Schools" making a difference in this country? Perhaps the government needs to step up and create more public health campaigns aimed at educating and influencing men.
Posted by Unknown at 2:11 PM