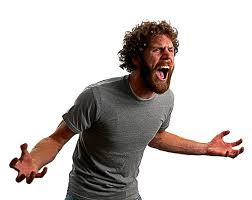 Wow, healthcare reform debates aren't just debates anymore. They're turning into shouting matches that are including death threats. According to this story on CNN:

Senators this week joined their colleagues from the House at town hall meetings as they spent their August recess in their home districts. But disruptive protests are turning town hall meetings into shouting matches and drowning out discussion over what is and isn't in health care plans in the House and Senate.

Now this is scary:

Democratic Rep. Brad Miller of North Carolina even had a death threat phoned into his office. A caller said that if Miller supported Obama's plan, it could cost him his life, Miller told CNN.

Former Alaska Gov. Sarah Palin fueled the charge on her Facebook page Friday, writing that "the sick, the elderly, and the disabled" would suffer as doctors have to "ration care."

The bottom line can be summarized here:

As the emotion has intensified, misinformation has spread about what is and isn't in current health care proposals.

I have found that so many people truly are misinformed about the healthcare reform proposals that are currently floating out there. It's so easy to spread viral e-mails or short little tweets on Twitter that are not accurate. Let's hope that consumers and healthcare professionals can be properly educated so that misinformation doesn't lead to more serious problems in this country.
Posted by Unknown at 6:14 PM