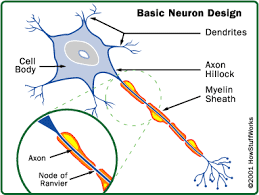 Extavia (interferon beta-1b) has been approved by the FDA for the treatment of multiple sclerosis (MS). It's nice to have other options, right? This drug has been available in Europe, and now it's coming to the U.S.

Here are some interesting facts:


* Extavia is branded version of interferon beta-1b, a standard-of-care for multiple sclerosis in the US for more than 16 years

* MS affects around 400,000 people in US - one of the most common neurological disorders in young adults

Here are the first few paragraphs from the press release:

Basel, August 17, 2009 - The US Food and Drug Administration (FDA) has approved Extavia® (interferon beta-1b), the first in a new planned portfolio of multiple sclerosis (MS) medicines from Novartis to help patients manage this devastating disease.

Extavia is approved by the FDA for the treatment of relapsing forms of MS to reduce the frequency of clinical exacerbations. The therapy is also indicated for patients who have experienced a first clinical episode of MS and have features consistent with the disease as shown by magnetic resonance imaging (MRI)[4].

The same medicinal product as Betaseron®*, Extavia offers patients and physicians a new branded version of interferon beta-1b, a first-line disease-modifying therapy that has been a standard-of-care for MS in the US for more than 16 years[1]. Extavia will be marketed by the Pharmaceuticals Division of Novartis.

"Interferon is a mainstay of treatment in MS," said Doug Jeffery, MD, Associate Professor at Wake Forest University Baptist Medical Center in Winston-Salem, North Carolina, USA. "With the approval of Extavia, patients have another option with a well-established safety and efficacy profile to help manage this disease."

MS is estimated to affect approximately 400,000 patients in the US[2], of whom more than 80% have relapsing-remitting MS[5]. MS is one of the most common causes of neurological disability in young adults. It is a chronic autoimmune disease in which the body's immune system attacks the myelin sheath, or protective tissue surrounding the nerve fibers that carry electrical signals in the brain[6]. The destruction of myelin causes problems with muscle control and strength, vision, balance, sensation and mental function[7].

I'm not listing the references, so if you want to view the entire press release, click here and you will go to the Novartis website.

In case you were wondering:

* Novartis gained the rights to seek approval for its own branded version of interferon beta-1b through agreements with Bayer Schering, the company that markets Betaseron.

Betaseron is marketed under the name of Betaferon® outside the US. Betaseron and Betaferon are registered trademarks of Bayer Schering Pharma AG.