Blame the chimps for malaria? 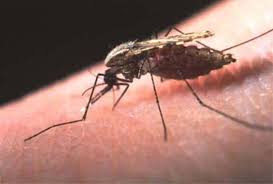 If malaria came from the chimps, then what does that tell us about the origins of malaria? Understanding the origins may someday lead to a cure. However, a cure for malaria could result in a problem with population control since malaria acts as a "natural" way to control the world's population. Worldwide, malaria infects 500 million people every year and kills between 1 million and 3 million. Undoubtedly, it's a huge public health problem. However, if a cure for malaria reaches developing nations, then we may start seeing more countries enforcing birth-controlling policies such as China's one-child policy.

A story on CNN highlights the research that traces the roots of malaria to chimps. Here's an interesting snippet:

According to Nathan Wolfe and his team, malaria jumped to humans from our closest ancestors: chimpanzees. This finding, he says, unlocks one of the biggest medical mysteries confronting humans.

"We can actually understand, we can actually re-create the story that explains a fundamental and important part of our history," Wolfe said. "For me, this is the microbiological equivalent of discovering the origins of HIV."

Understanding the origin -- and the genetic behavior -- of a pathogen is the holy grail in the world of infectious disease.