Are healthcare protests being orchestrated? 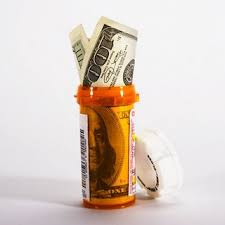 Health care protests 'clearly being orchestrated,' senator says
So, here are the story highlights from CNN:
This CNN story starts with:

The Senate's second-ranking Democrat slammed recent town-hall protests over health care on Sunday, insisting they violate "the democratic process," while the Senate's top Republican accused Democrats of "attacking citizens" with such complaints.

So are healthcare reform protests getting out of control? Physicians don't like what's being proposed about healthcare reform. Politicians seem to be quite mixed. Are we rushing through these changes? I wonder if we'll see certain aspects backfire and cause problems that we didn't anticipate (for instance, what if physicians choose not to accept public insurance plans?). President Obama calls reforming health care the centerpiece of his current domestic platform. We will definitely see new jobs in health information technology (health IT) and we see new hospitals and medical schools being built. So will healthcare reform save our struggling economy? To read the story on CNN, click here.
Posted by Unknown at 9:44 PM