8 myths about health insurance reform (from the White House) 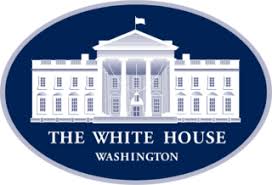 This is straight from an e-mail I received from David Axelrod, Senior Adviser to the President. Did you get his e-mail too? There have been many viral e-mails circulating to spread various myths about healthcare reform.


1. Reform will stop "rationing" - not increase it: It’s a myth that reform will mean a "government takeover" of health care or lead to "rationing." To the contrary, reform will forbid many forms of rationing that are currently being used by insurance companies.
2. We can’t afford reform: It's the status quo we can't afford. It’s a myth that reform will bust the budget. To the contrary, the President has identified ways to pay for the vast majority of the up-front costs by cutting waste, fraud, and abuse within existing government health programs; ending big subsidies to insurance companies; and increasing efficiency with such steps as coordinating care and streamlining paperwork. In the long term, reform can help bring down costs that will otherwise lead to a fiscal crisis.
3. Reform would encourage "euthanasia": It does not. It’s a malicious myth that reform would encourage or even require euthanasia for seniors. For seniors who want to consult with their family and physicians about end-of life decisions, reform will help to cover these voluntary, private consultations for those who want help with these personal and difficult family decisions.
4. Vets' health care is safe and sound: It’s a myth that health insurance reform will affect veterans' access to the care they get now. To the contrary, the President's budget significantly expands coverage under the VA, extending care to 500,000 more veterans who were previously excluded. The VA Healthcare system will continue to be available for all eligible veterans.
5. Reform will benefit small business - not burden it: It’s a myth that health insurance reform will hurt small businesses. To the contrary, reform will ease the burdens on small businesses, provide tax credits to help them pay for employee coverage and help level the playing field with big firms who pay much less to cover their employees on average.
6. Your Medicare is safe, and stronger with reform: It’s myth that Health Insurance Reform would be financed by cutting Medicare benefits. To the contrary, reform will improve the long-term financial health of Medicare, ensure better coordination, eliminate waste and unnecessary subsidies to insurance companies, and help to close the Medicare "doughnut" hole to make prescription drugs more affordable for seniors.
7. You can keep your own insurance: It’s myth that reform will force you out of your current insurance plan or force you to change doctors. To the contrary, reform will expand your choices, not eliminate them.
8. No, government will not do anything with your bank account: It is an absurd myth that government will be in charge of your bank accounts. Health insurance reform will simplify administration, making it easier and more convenient for you to pay bills in a method that you choose. Just like paying a phone bill or a utility bill, you can pay by traditional check, or by a direct electronic payment. And forms will be standardized so they will be easier to understand. The choice is up to you – and the same rules of privacy will apply as they do for all other electronic payments that people make.