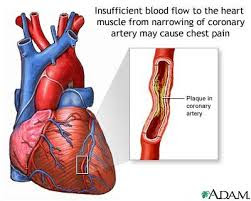 CNN has a story that has a misguided title (in my opinion). The story is titled, "Study suggests C-reactive protein doesn't cause heart disease." If we focus on causality, we may be missing the boat.

C-reactive protein (CRP) may not cause heart disease, but it may be a marker of underlying inflammation. Chronic inflammation may lead to coronary heart disease (CHD). If that's all true, then the title of the story can be misguiding. We often think in terms of cause and effect. If you have blood stasis (not moving), then you can form a blood clot. Cause and effect. So, if cardiovascular inflammation causes CHD, can you have inflammation without an elevation in CRP? Can you also develop CHD without any inflammation if you also have really high cholesterol levels? I think we're learning that the pathophysiology of CHD is not as simple as we learned about in medical school.

Well, if CRP doesn't cause heart disease, so what? What if CRP is an indicator of heart disease? That's the real question. It may not have a causal relationship, but that statement may be misguiding.

The JUPITER study published in the New England Journal of Medicine (NEJM) showed that a cholesterol-lowering drug Crestor (rosuvastatin) significantly reduced the incidence of major cardiovascular events in healthy-appearing patients who had low and normal cholesterol levels. This was such a groundbreaking study that it stirred significant controversy about CRP and the high-sensitivity CRP (hs-CRP).

CNN quotes the lead author of the JUPITER study in this story as "Another leading CRP researcher who isn't so sure about the findings published in the Journal of the American Medical Association (JAMA)." Dr. Paul M. Ridker, the director of the Center for Cardiovascular Disease Prevention at Brigham and Women's Hospital, in Boston, Massachusetts, said: "A null Mendelian randomization may not mean very much... While it does not support causality, I don't think most genetic statisticians believe it excludes a causal pathway either."

Are you familiar with Mendelian Randomization and Genetic Association Studies? Good, me too. The JAMA studied used this as one of its steps: " A mendelian randomization study for the most associated single-nucleotide polymorphism (SNP) in the CRP locus in our data together with published data on CRP variants with CHD let us assess the potential causal association of CRP with CHD." Did you catch all that? Good, me too.

Dr. Ridker argues that clinicians should still measure hs-CRP for the following reasons:
Dr. Ridker goes on to say: "I have always felt that CRP is a good clinical biomarker of inflammation (and high vascular risk) but that it is inflammation that is likely to be causal for atherosclerosis, not CRP itself." To read the CNN story, click here.
Posted by Unknown at 9:49 PM