Health IT "Meaningful Use" Defined? 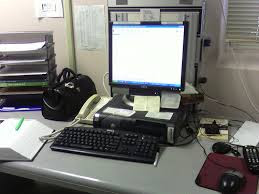 The phrase "meaningful use" is a critical part of the health IT or HITECH provisions within ARRA (American Recovery and Reinvestment Act). The Office of the National Coordinator for Health Information Technology (ONC) health IT policy committee voted last week and approved the proposed meaning of "meaningful use." Based on the HITECH provisions, Medicare reimbursement incentives for physicians will begin as early as 2011 and penalties for those not engaging in the "meaningful use" of electronic health records or EHRs will start in 2017.

Now, the recommendations will need to be approved by David Blumenthal, MD, National Coordinator for Health IT before they go to CMS (Centers for Medicare and Medicaid Services).

So have we fully defined the phrase "meaningful use"? How many physicians will be using EHRs by 2017? If you think about it, 2011 really isn't that far away. I'd like to think that by 2017, most physician offices will be utilizing EHRs, but I also remember thinking that 10 years ago when I thought that health IT uptake was going to soar. Now that we have a major carrot and stick, we should see significant change over the next several years. Let's wait and see.
Posted by Unknown at 8:50 AM