Having a family history of depression 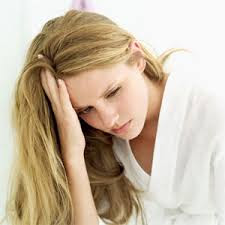 According to a recent study published in the Archives of General Psychiatry, if you have a strong family history of depression, then you may be at higher risk for depression. CNN highlights that:

"It turns out that the more family members you have who have been found to have major depression, anxiety disorders, or drug or alcohol dependence, the greater the chances that you will too, according to Terrie E. Moffitt, Ph.D., a professor of psychology and neuroscience at Duke University's Institute for Genome Sciences & Policy."

So, the more relatives you have with major depression, anxiety disorder, or alcohol or drug dependence, the more likely you may be to have that condition too. Read the CNN story here.

Depression can be treated and we've seen some very effective medications emerge over the past few decades. We've also seen a persistent decline in depression therapy after the FDA warnings. On that topic, here's another interesting bit on the history of these warnings from the Archives of General Psychiatry:

"In October 2003 the Food and Drug Administration (FDA) issued a Public Health Advisory about the risk of suicidality for pediatric patients taking antidepressants; a boxed warning, package insert, and medication guide were implemented in February 2005. The warning was extended to young adults aged 18 to 24 years in May 2007. Immediately following the 2003 advisory, unintended declines in case finding and non–selective serotonin reuptake inhibitor substitute treatment were shown for pediatric patients, and spillover effects were seen in adult patients, who were not targeted by the warnings."

As expected, "Primary care providers continued significant reductions in new diagnoses of depression (44% lower for pediatric, 37% lower for young adults, 29% for adults)." So, now that we have all these warnings attached to drugs, what can we do to ensure that patients are appropriately diagnosed and treated?
Posted by Unknown at 9:07 PM