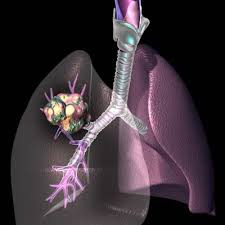 This isn't a new drug, but it's a new indication: "maintenance therapy of advanced or metastatic lung cancer." Alimta was originally approved in 2004 for mesothelioma. Here's the summary straight from the FDA:

The U.S. Food and Drug Administration has approved Alimta (pemetrexed), the first drug available for maintenance therapy of advanced or metastatic lung cancer.

Patients with cancer often receive maintenance therapy to prevent the disease from progressing after their tumor has shrunk or the disease has stabilized in response to chemotherapy. Alimta disrupts metabolic processes that are dependent on the B-vitamin folate, a necessary ingredient for cell replication.

“This drug represents a new approach in the treatment of advanced non-small cell lung cancer,” said Richard Pazdur, M.D., director, Office of Oncology Drug Products in the FDA’s Center for Drug Evaluation and Research. “Typically, patients whose tumors respond to chemotherapy do not receive further treatment after four-to-six chemotherapy cycles. This study demonstrates an advantage in overall survival in certain patients who received Alimta for maintenance therapy.”

Non-small cell lung cancer has several subtypes, including squamous cell, large cell, adenocarcinoma and mixed histology cancers. In a 600-patient clinical trial, people with predominantly squamous cell cancer did not benefit from Alimta. But those with other subtypes of non-small lung cancer survived an average 15.5 months following treatment compared with 10.3 months for patients who received an inactive substance (placebo). All patients in the study received standard medical care.

Alimta initially was approved in 2004 for the treatment of patients with mesothelioma, a cancer frequently related to asbestos exposure. The drug was later approved for the treatment of patients with non-small cell lung cancer whose disease worsened on prior chemotherapy drugs and also as an initial therapy for advanced non-small cell lung cancer.

Alimta is manufactured by Eli Lilly & Co. of Indianapolis.

It's exciting to see advances in cancer treatment that focus on new drugs, biologic agents, and combination approaches. The world of oncology is buzzing with new science and the application of technology such as nanotechnology and targeted molecular therapies. Will we ever discover a cure? I doubt that we'll ever see a magic pill that completely eliminates every type of cancer, but lung cancer is a a highly preventable cancer so hopefully we'll see improved efforts at prevention. The greatest public health impact will be made if we improve our preventive health efforts.
Posted by Unknown at 10:08 AM