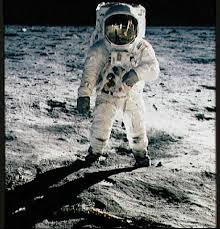 There is a medical component to this question. Some who argue that the Apollo moon landings were fake say that the Apollo astronauts would have been poisoned by passing through the Van Allen radiation belts that ring the Earth. NASA argues that the astronauts passed through the Van Allen belts too quickly to be exposed to dangerous levels of radiation. I suppose you can think of it like this: Fire is dangerous. However, if you pass your hand quickly over the flame, then you won't get harmed. According to Wikipedia, the Van Allen radiation belt is a torus of energetic charged particles (plasma) around Earth, which is held in place by Earth's magnetic field. The belts are a hazard for artificial satellites and moderately dangerous for human beings, difficult and expensive to shield against.

It's interesting to see that some people strongly believe that the moon landings were fake. Modern special effects are so advanced that we could probably fake a lot of things today. We didn't have CGI graphics in 1969.

So what do you think? Do you believe in the conspiracy theory? (You must love the X-files. My wife loves the X-files.)

Speaking of NASA, do you know about the Aerospace Medical Association? If you've ever wanted to go into space, maybe you'll get your chance if you pursue a career in aerospace medicine. Read an interesting story on CNN about the moon landings here.
Posted by Unknown at 2:22 PM