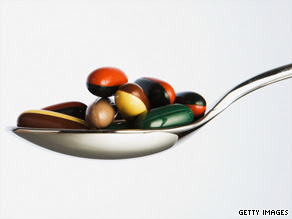 So many people are speculating about what caused Michael Jackson's death. Was it due to drugs? Drug abuse? Prescription drug interactions? Did he have a bad heart? If toxicology tests are going to take six to eight weeks (according to Ed Winter, assistant chief coroner for Los Angeles County), then we have plenty of time to speculate and throw ideas around. Will we discover the truth, or will it be hidden from the public?

A recent article in CNN talks about the possibility of drug interactions rooted in prescription opioid medications such as OxyContin and Demerol. Was Jackson in denial about potential drug problems? Demerol can have significant drug-drug interactions and cause serious problems. It's often used to treat patients who present to the emergency room for acute pancreatitis (in reality, almost any opioid will work to relieve pain, but demerol is used in "classic textbook cases." I won't go into the sphincter of Oddi right now). In a highly visible case, 18-year-old Libby Zion died in a New York hospital in 1984 presumably because of drug-drug interactions.

So, was Jackson's death a preventable death? If it was due to drug-drug interactions that could have been avoided, perhaps his story will serve as a public health campaign. To view the CNN article, click here. Image source: CNN
Posted by Unknown at 5:11 AM