What's Happening at the FDA with Rivaroxaban? 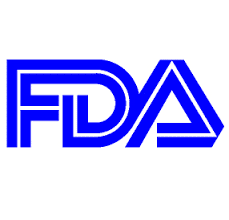 Last month, the FDA panel (which included clinical experts) voted 15 to 2 in favor of rivaroxaban (which may get marketed as Xarelto by Bayer and J&J if it receives FDA approval). What's going on at the FDA this month?

Speaking of new anticoagulants, Pradaxa or dabigatran etexilate is another agent that may be nearing approval. This drug is made by Boehringer Ingelheim and has received maketing approval by the European Commission. Unlike rivaroxaban (which is an oral factor Xa inhbitor), dabigatran is an oral direct thrombin inhibitor (DTI). Both are oral pills and both may someday replace warfarin (Coumadin) if they receive FDA approval for anticoagulation.

There's always a bleeding risk associated with an any anticoagulant drug, so the big question is whether the risks outweigh the benefits. Let's hope that these drugs don't follow the same fate as ximelegatran (Exanta).
Posted by Unknown at 9:29 AM